In this blog, I talk about reading growth factors that attribute to students reading scores and grades. Quality and diversity of reading materials, and effort. While these studies’ results are not surprising, they are so basic and vital to reading performance, that sometimes we tend to overlook them!

A study (Kirsch, I., de Jong, J., Lafontaine, D., McQueen, J., Mendelovits, J., & Monseur, C. (2002). Reading for change: Performance and engagement across countries: Results from PISA 2000. Paris, France) using the  Program for International Student Assessment (PISA) scores looked at the reading habits of more than 174,000 students across 32 countries, including nearly 4,000 in the United States.  The study found most students fell into one of four categories or “reader profiles”;

“Least diversified readers,” who only read one type of content with any real frequency (multiple times per month)

“Diversified readers in short texts,” who frequently read short-form content (such as comics, magazines, and newspapers) and occasionally read long-form content; and

“Diversified readers in long and complex texts,” who frequently read both long-form and short-form content.

While the volume of reading is very important the variety and diversity of text is nearly equally important. Based on this data, providing only short-form content such as newspaper articles, magazine features, comic books, short stories, or book excerpts does not seem to enable students to reach the highest levels of reading achievement. They must read longer articles and books! Reading fiction and nonfiction books, combined with shorter texts, is a key mix to achieving reading success.

Definitive data is not available as to why long texts are better, it may be that these longer texts may allow students to build general background knowledge, to explore a single topic or concept more extensively for a richer understanding. These texts may also grow a student’s reading stamina, (i.e., their ability to focus on independent reading for longer periods of time without being distracted or disengaged from the task).

A study (Steward, E. B. (2008) of 12,000 students across 715 high schools found that student effort was significantly and positively related to a student’s achievement as measured by their GPA. While the significance of effort is not surprising to anyone. Further analysis found that student effort was a better predictor of achievement than any other individual-level variable examined, including gender, family structure, ethnicity, and family socioeconomic status, as well as behavioral factors. As you can see by the graph below, student effort had a 4-5x or more correlation to GPA than did other factors, such as socioeconomic status, parental involvement, etc.

As parents, our egos may be a bit bruised after reading this!
When examining student effort more closely, commitment had tthe he strongest relationship with achievement. This describes a student’s commitment to their education: taking an interest in their schoolwork, trying to stay on task in class, working hard to achieve good grades, and understanding the role of education in post-school success (i.e., getting a job).

Attachment, the extent to which students care about and have positive feelings for school, was the next highest. Involvement, a student’s participation in extracurricular activities (e.g., band or sports), did not have a significant correlation with achievement. Interesting! 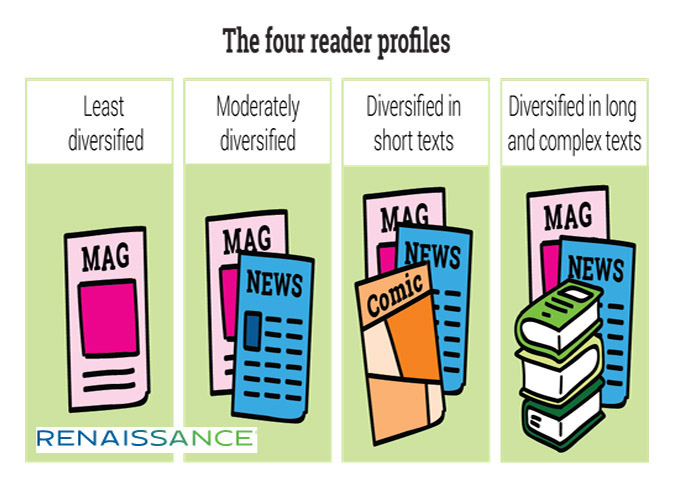 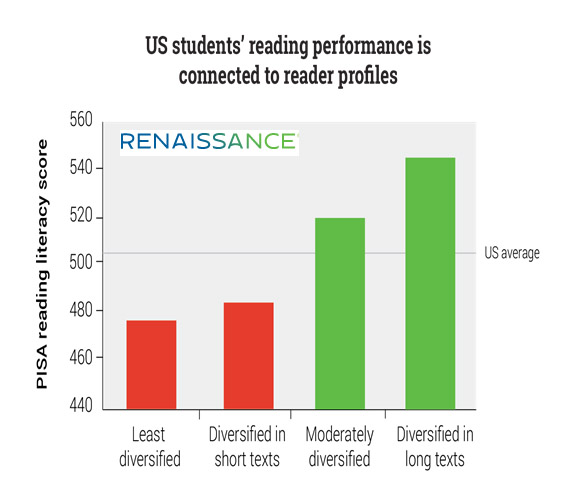 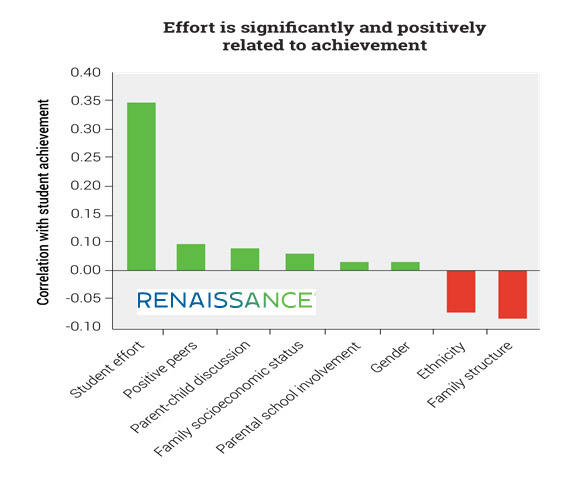 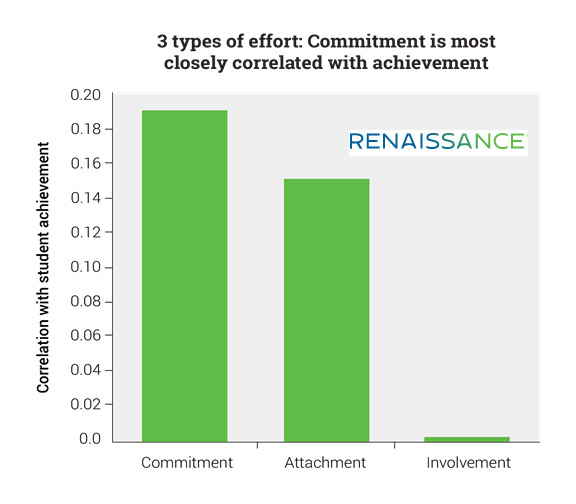